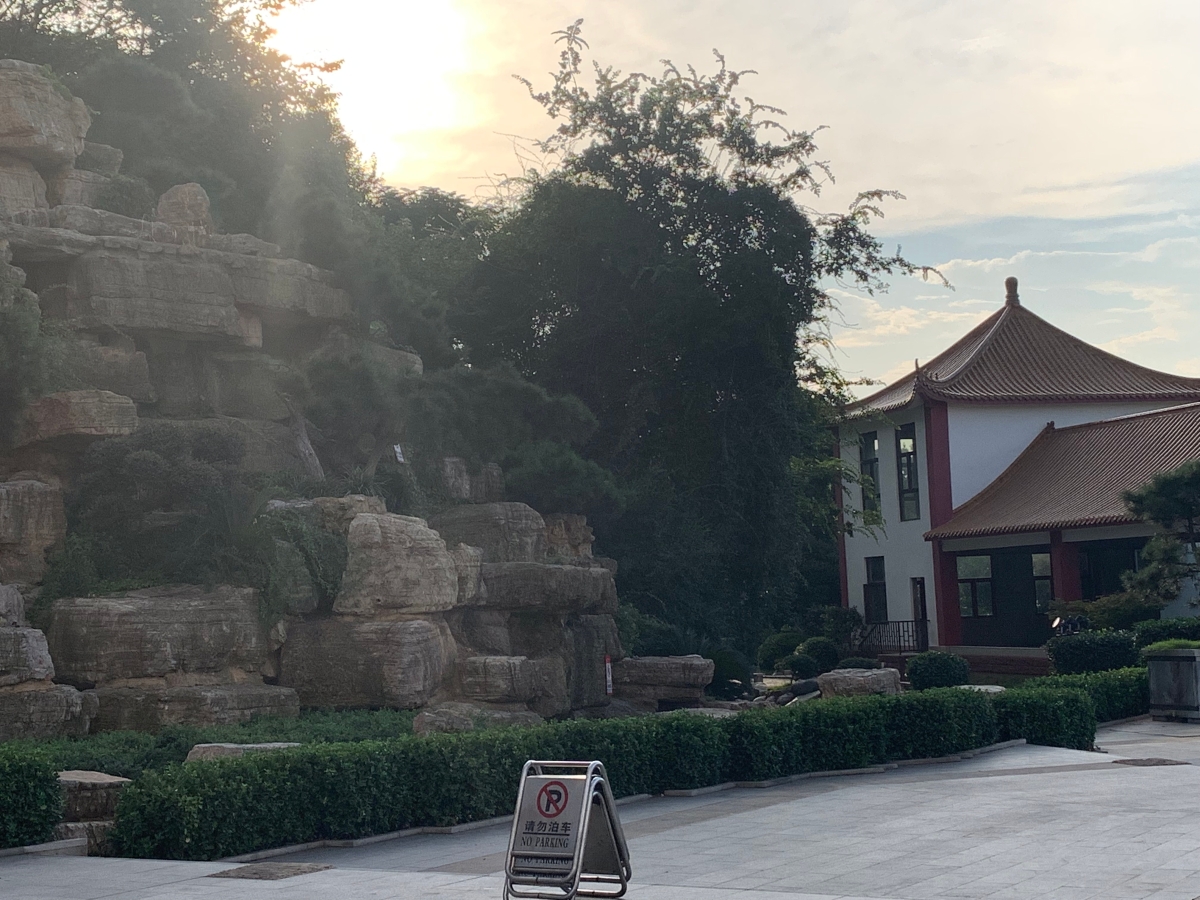 I’m back in Seattle right now after having spent almost two weeks in China. This is the second, and most likely, last year I get to do this and now that the jet lag has (mostly) worn off and I’m back to some semblance of a normal routine, I’m using this time to dwell with my feelings on my experiences – both in China and this past year.

At my (now) former university, I was one of a handful of instructors who had the opportunity to teach for 12 days in Wuhan, China. The university has a partnership with the South Central University of Nationalities (SCUN) and as someone with a background teaching in Tech Writing, I was offered the chance to teach graduate students my first year there. However, I couldn’t at the time because I was too busy getting married…The second year, I jumped at the chance and it’s been very enlightening.

It’s a strange sensation to step into a country and have your biometric data scanned while seeing all of the cameras around. It’s another thing entirely when it’s all happening in a context where the language is so different from yours. But taking the taxi from the airport, to the hotel, to the next flight, and then to the university, I start to get a sense of just the immense size of this country. My students referred to Wuhan as a “small” town: this “town” has a population of over 10 million and just the amount of buildings, high rises, and apartment complexes is staggering. SCUN itself feels less like a college campus and more like a self-sustained suburb within a larger town.

My schedule: up at around 5 a.m., call my wife and chat for half an hour, make myself some instant coffee and eat some sweet bread, shower, then head to the “canteen” (cafeteria) around 8. From 8:30-12:00, it was class time every day (except Sunday). The first couple of days I’d just pass out in my dorm and nap for a couple of hours. After that, I’d get up and either a) grab food from the canteen, or b) head out to the shopping center and grab food there. The whole time I’d just have my headphones blasting (usually Bombay Bicycle Club, Tool, or the new Bon Iver album).

The students are extremely friendly: they’re quick to invite you out to lunch when you arrive and are (almost to a fault) eager to get you to try the various regional dishes that stand as testaments to each students’ particular home province. At some point, a student will ask if you “like spicy food”. All I’ll say is be careful if you say, “yes”.

I know I’m not always the most social person around, but it’s hard to even mimic social behavior when you’re in a completely different social context and can only say “thank you”, “hello”, and “beer” in that language. I took to taking long walks in the evening before it would get dark.

Outside of class and lunch, I was pretty much left to my own devices. Dinner meant walking to the store to restock on water and maybe more sweetbread. But mostly, I tried to limit that as it’s still kinda embarrassing to only be able to communicate through points and nods. It gives you a lot of time to think about things. Here I was, 37, teaching graduate students in China. If you’d have told 13 year-old me that I’d be here, I’d have chucked a rock at you.

I’ve been going back-and-forth about my commitment to academia, which is understandable given the year I’ve had. I’ve moved from a tenure-track position at my previous university to a full-time lecturer position and, though my wife and I fully believe our current university will do everything they can to find something more permanent for me, it’s still risk. I built three years of tenure and stellar reviews at Previous U and, as one of my best friends pointed out, it’s an ego hit to put that work on hold. That, coupled with the economic anxiety that comes with having to wait months for your first paycheck while living in a city that’s more expensive than Tokyo, makes me question what value there is in this prestige-chamber that is higher education. I don’t want platitudes; I want to get paid, and this shit sometimes makes me think that all those seminar papers, theses, dissertations and applications were just an extended exercise in fucking around. Some sick, masochistic labyrinth of obstacles meant for people who can afford to get paid in praise or esteem. Does that praise and esteem feel good? Of course it does. Does it keep the lights on? Fuck no; if anything, academia does a wonderful job of making you feel like you’re always hobbling to a finish line that never comes.

I’ll be honest: I’ve applied to several jobs these past few months. My wife has been supportive of this idea the whole way, which is helpful, but I don’t know what this year is going to bring. Right now, I think I’m taking more of a wait-and-see approach with higher ed. This could be the year my publication submissions start to take hold and the teaching rhythm starts to hit a groove. But I can’t help think about any other industry that, granted, would be pretty fast paced and likely higher stress.

But the students this summer were so kind that maybe they’ve pushed me towards the wait-and-see. So as of right now, I’m still teaching. I can’t say that this’ll be the case a year from now, hell even a month from now. But I think I’d be doing these students, those from Previous U and Grad School U a disservice if I didn’t give it one last shot.

I began my college career as a computer science major. What I had envisioned (initially at least) was that I would learn how to code and develop programs for some software company anywhere. I probably got the idea from years of reading gaming magazines and thinking, “hey, these people that made Metal Gear Solid were programmers. I could learn to do that.” When I was a little boy, I once took apart my family’s apple computer and put it back together–I’d later try it with an Apple IIe and get into a LOT of trouble for being unsuccessful at the latter part. I had a portable 8-inch television that my grandmother gave me that I would disassemble on a semi-regular basis, staring at the CRT and wires, enthralled at all of the connections and plastic and metal. I think a lot of this got me to that point.

But a series of mishaps, fumbles, transfers and changes in later years resulted in me becoming an English major. When I transferred to the University of North Texas, I thought I wanted to be a music major (side note: I was on a music scholarship my freshman year in college. I was a CS major who auditioned and got a music scholarship due to years of classically trained singing). But I knew UNT had a very rigorous jazz program so I thought to myself, “I’ll apply as an English major cause I know I can bullshit my way through an essay, get in, brush up on my sight reading, then audition so I can change majors.”

That didn’t happen. I took one HUGE English lit class where I was one of at least 100 students (it was where I first learned what a Teaching Assistant was) and was weirded out by it…BUT I also was in another lit course that was much smaller. The professor was a really nice dude by the name of Robert Upchurch, and I just enjoyed being in his class. He was a delightful man who would talk about books in between stories about his family and I just thought, “this dude is alright”.

Cut to a year later, I’m back in the valley living with my mom and sister and transferring back to Panam. I had failed out of UNT and felt like I had wasted all of that academic potential everyone in my family had talked about. I was demoralized. I was 5 years into a 4 year degree, in debt, and felt subhuman. But then I ended up taking a senior level class with a new faculty member by the name of Colin Charlton, a dude who would radically change the trajectory of my life. At that time I was a heavy smoker (both in weight and packs-a-day) and it was one of those long evening courses. I believe it was his first semester teaching there and after a couple days of class, we had a smoke break (he smoked at the time too). I remember talking to him about how fascinated I was about how he was structuring the class, asking him about his pedagogical style. He paused, looked around, and said, “honestly dude, I have no idea what I’m fucking doing right now.” I was instantaneously loyal to him. I’d never had a teacher admit that they were winging it before. That same semester in a “Rhetoric of Power” course, my professor, Danika Brown, suggested I look into the idea of graduate school. Those two people placed that idea in my head that I could actually do that thing after graduating.

I never saw UTPA (or UTRGV as it’s now known) as “well known” outside of the valley. Growing up there, it was the university you knew and, most of the time, went to after high school. I never fathomed that it could be a stepping stone to a larger world–one that would send me clear across the country and into a field where, after 7 years of graduate school, I’m that teacher now.

I also never thought of myself as a good teacher. I have ideas about stuff, but I always felt like my other colleagues had more of their crap together than I did. But now I’m in my second year as a faculty member. Most of my students are working class, many from farming communities, who work multiple jobs while juggling school and their personal lives. Exactly like I was. A student came up to me not too long ago after a campus event and said, “Ricky I’m sorry I was such a terrible student in your class,” to which I responded, “you can’t possibly be worse than I was as an undergrad.”

I got home pretty late tonight. My Tuesdays tend to be like that, since I’m the faculty advisor to the student newspaper, and it can be time consuming. But then I get to sit in as these students talk about their lives, their future plans, arguments over which member of One Direction is best (so far it seems the consensus is “Liam”, but that changes with their mood). Most of all, they really want the paper to survive. They take pride in it. So, yeah, I’ll give up my Monday and Tuesday afternoons (and sometimes Fridays) to look over stuff with them. I’ve got colleagues here who value my opinion and trust my input when we talk about new courses and the future development of our program. And for some unknown reason, they seem to think I know what I’m doing.

This isn’t an invitation for people to say, ” no you’re a great teacher, Ricky”. That’s not the point of this post: I’m mostly thinking aloud about what it is I do and how I do it. Like my desk it’s messy, disorganized, with some cool stuff interspersed in all of the messy texts and printouts. I hope to figure out a better system someday. At least to pay homage to those people like Professors Upchurch, Brown and Charlton who were the first who gave me permission to fail upwards. Lord knows the world has been paying for it ever since.