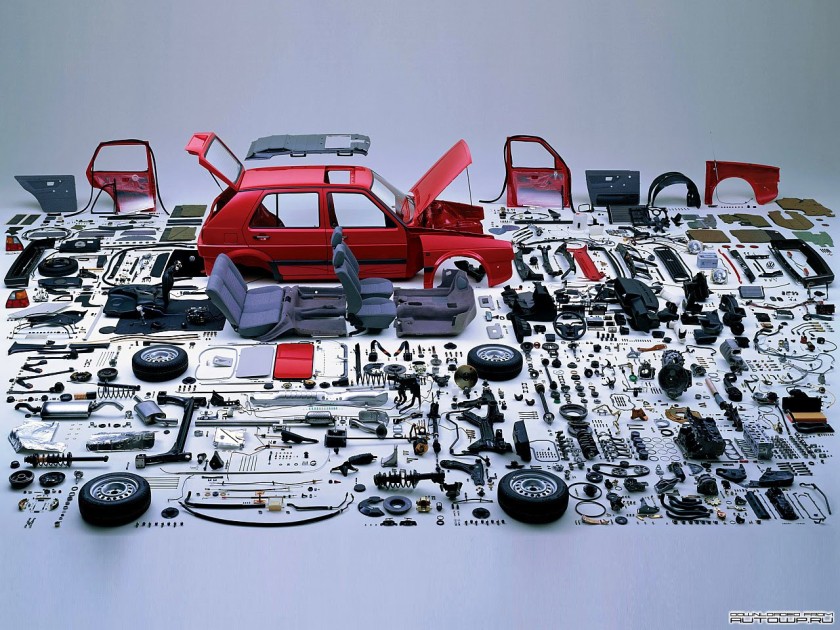 2006 was a strange time for me. I was nearing the end of my undergraduate career after a failed attempt at going away to college 9 hours north of my family. A long-term relationship had ended. My parents had just split up after 20+ years of marriage and my family was still recovering from that upheaval. I was in a band that occasionally toured around texas to dozens of raving fans. I was also in the market for a car.

See, my dad owned a black 2000 Corvette. Six-speed manual, gray leather interior. A fantastic car, it must be said, and one I was driving on a daily basis because dad worked in Mexico and, really, you don’t wanna be driving around Mexico in a low milage, pristine Corvette. But I was in my mid twenties and insurance on a Corvette was absurd. So I decided, with dad’s permission, to trade-in the ‘vette for something more responsible. I wanted practicality. I wanted fun. I wanted to row the gears (read: manual transmission). So I went with an 06 GTI. Yes, I traded in a ‘vette for a Volkswagen, something younger Ricky would’ve scoffed at.

Even at that age I’d had a history with cars, and not in a bad way. I started out driving my mom’s Ford escort station wagon and I didn’t mind it, for the most part. What I did mind was sharing the car with my mom: see, she was (and still is) the type to hang shit from the mirror: beads, tassels (from my graduation cap you pervs), all the weird adornments that obstruct the front view of a driver. If I wanted to listen to my Deftones CD? I had to plug in a tape adapter and connect it to my discman because all it had was a cassette deck. I even once harrowingly drove through a muddy road, sliding past hopelessly stuck lifted pickup trucks as I Tokyo drifted my way back home from Whataburger. It was a decent car: good to learn on, but nothing crazy.

Then my mom upgraded to a Chevy Tahoe and handed me her 99 Volkswagen Jetta, a mistake I would later pay for through the GTI. Now THIS car was actually good: ran well, had really decent speakers that could handle the hottest Bone-Thugs cassettes. I drove that car for about 4 years and never had a problem with it: regular maintenance, swapped out the cassette deck for a CD player using money I got from a minority scholarship. It was a genuinely great car that suffered at the hands of my sister, who ripped off the front bumper, repeatedly failed to change the oil so much that she even had to sign a waiver at a Walmart oil change place stating that she brought it in that condition. You KNOW you’ve fucked up when even Walmart doesn’t want to touch your car.

After moving to Dallas, I got a 2003 Sonic Blue Mustang GT. 5-speed manual, black leather interior, 6 disc cd changer. That thing was awesome American muscle. For a while at least. Then driving around Dallas traffic using a heavy clutch became tiresome. And things started falling apart on it. When I moved on to the GTI, my mom drove the car and had to replace the clutch several times.

Which brings me to the GTI. Grey. 6 speed. CD changer. Audio jack for an iPod. In 2006, this was cutting edge shit. I even had satellite radio! But apparently, the Germans got a little complacent in the years between 99-2006. I had to replace the multifunction display (the dash, essentially). $1200. There was an intermittent knocking it would do–I think it was probably the AC compressor. Countless “service engine” lights. That audio jack, by the way? In the glove compartment. So if I wanna listen to my tunes, I gotta run a cable and either a) leave my phone in the glove box, or b) drag said cable from the glove box to the center console in a haphazard way, like a goddamn animal. Who designed that shit? Assholes, that’s who.

Did all of the regular maintenance: 50k mile service, 100k mile service, 120k service–the last of which cost me 1300. A month later the car stopped running. I stopped taking it to the dealer and instead took it to another shop: a wire had rusted, shorting the alternator. It ran for 2 more months then completely died. This car, this fucking Volkswagen, couldn’t even limp its way through graduate school. It always struggled in Indiana winters: no matter how new the tires, it seemed there was never any grip for the car. And still, I tried working with it. Until this past March, when it finally said, “FUCK YOU AND YOUR JOB MARKET YEAR, RICKY!” Thankfully I have a significant other gracious enough to lend me her Honda Accord when I need it. I tried to hold out though: I even said I would save up money for a few months once I got a job in order to get me something nice. But all for naught. I looked and looked and finally bit the bullet and found a new car.

Cool story, right? But that’s not the point. I’m weeks away from defending my dissertation and about two months away from starting my new job. My first real job in years. All of these changes have made me contemplative and I can’t help but think about how these vehicles have been sort of reflective of me and my life at the time. Each one with its own story. Each one with a Saint Christopher medallion that either my mom or my grandmother gave me.

Literally and metaphorically green, in the case of the Ford, it did what it needed to do. More than a little worse for the wear, but solid.

The Jetta a reflection of youth: new, no expectations but a promise of a future where my tunes rule the world and I can at least pretend to be an adult–it was the year they moved from the boxy mark III style into the BMW-wannabe style.

The mustang a world of reckless abandon: loud, brash, technically works but you’re dealing with a plastic interior that shakes and rattles and you know if you push it too much you’re gonna end up dead.

The GTI: lowered expectations. Life goals put on hold while you tend to emergencies.

All of these cars tended to parallel my life and I think a car should do that. There’s something about the endless potential a long road trip provides–it’s why I still prefer driving back home to Texas. It give me time to think. To reminisce. To look out on the American landscape and think about all of those homes in all of those rural towns, wondering what their lives are like. Wondering what my life would’ve been like had I grown up in Three Rivers, Texas instead of the Valley. Imagining what sorts of lives hide behind those farms in the midwest, what dreams hover over the beds in those dark towns along I-40.

I haven’t had my new car long enough to feel any emotion other than relief that I’m rid of the VW. But I do know that it’s gonna be logging a lot of miles. And I also know that if I ever meet an engineer for Volkswagen, I’m gonna punch ’em in the dick.